When I first arrived to Albuquerque in 2016, the craft beer industry was booming. We had some pretty established brewers in the state, but new and really good breweries were popping up everywhere.

Up until I moved to Albuquerque, I thought Blue Moon and Stella were some fine beers for special occasions. Now that I have been exposed to a variety of truly high quality craft beer, I am an IPA girl, through and through.

Every Friday after work, I meet my soon-to-be husband at a new local brewery in Albuquerque. It’s become a tradition of sorts. And with more than 67 local breweries and more tap rooms, we have no shortage of options!

This past Friday, we stopped by B2B2 Barrio in Uptown Albuquerque, and I was delighted to find they had 48 local New Mexican beers on tap AND it was happy hour, so those beers were only $3! Their Uptown location features “Taps ‘N Tacos”, and although we weren’t planning on eating there, their taco menu called out to me.

The most noteworthy item on their menu (in my opinion) was their chile relleno tacos.

Have you ever heard of such a thing? I certainly hadn’t. But when I thought of a chile relleno on a taco, life just made more sense.

So we ordered the chile relleno taco, and they was absolutely delicious. They had the perfect crunch on the outside of the relleno, with melted creamy cheese on the inside. And a little bit of that New Mexican green chile heat. They were served on mini corn tortillas and topped with grilled corn, chopped cabbage, and jicama slices.

Which is why, 2 days later, I had to re-create a similar chile relleno taco in my own kitchen! And share it with you, of course, because I really want you to be able to enjoy this life-changing taco.

These beauties require some prep work, but are totally worth it.

You want to prep the toppings and filling first. Peel and cut up one carrot. Thinly slice 1/2 cup of red cabbage. Pick off several cilantro leaves and wash. Shred 1.5 cups of monterey jack cheese. Combine sour cream with a squeeze of lime juice and a sprinkle of salt and pepper.

To prepare the chile rellenos, you’ll take a whole green chile pepper that has been seeded and had the stem removed, and cut it in half.

Sprinkle on a little cheese, and roll the chiles up like a burrito.

Add some flour to a bowl and season with salt.

In another bowl, add 3 egg whites and mix with an electric mixer until soft peaks appear. Add 3 egg yolks, 1/4 cup flour, and 1/2 tsp salt, and beat until fully incorporated.

Dip the rolled chiles into the flour mixture, then dip them into the egg batter, covering them completely. Carefully drop the battered chile rellenos into the hot oil and fry until golden brown, about 3 minutes.

Be careful not to place too many rellenos in the pan at once. Only cook about 3 – 4 at a time, depending on the size of your pan.

Once golden brown, remove chile rellenos from oil and place on a plate lined with paper towels. Repeat until all rellenos are cooked.

To Assemble the Chile Relleno Tacos

Warm up street tacos corn tortillas for 30 seconds in the microwave. Place a relleno in the middle and top with shredded red cabbage, matchstick carrots, a lime sour cream sauce, and cilantro leaves. Garnish with sliced limes.

This recipe is quite involved for a taco, but totally worth it! They deliver a beautiful presentation and enormous and balanced flavor for a tiny taco. With each bite you get a satisfying mouthful of spiciness, crunch, salty, and tang. 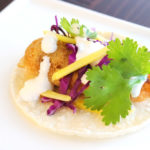 A crisp and spicy chile relleno served on top of a corn tortilla and topped with sliced red cabbage, matchstick carrots, lime sour cream, and cilantro.

Save this recipe so you can grab it any time you are craving green chile! Just click on the image below to save it to your favorite New Mexican Pinterest board. 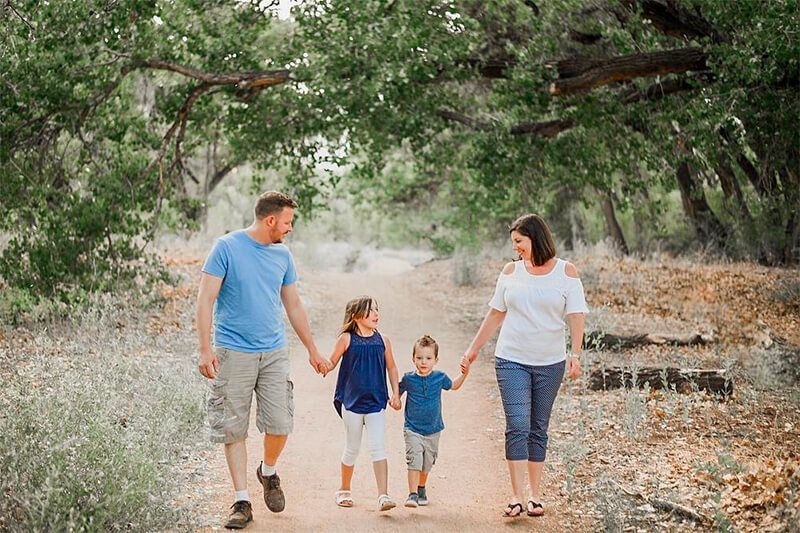